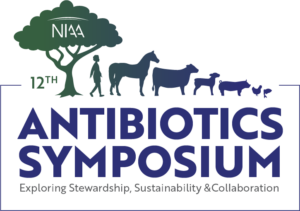 The NPB and USDA’s APHIS have sponsored the Secure Pork Supply Plans, program to prepare for a transboundary or foreign animal disease outbreak in the US.

Precision feeding is making inroads in all livestock species. Most advances have been in terrestrial farming of livestock, but farming of fish and shrimp is catching up fast.

Americans think only meat should be called meat – A survey published by the National Chicken Council (NCC) in June 2022 revealed 69% of shoppers think the term “meat” should only refer to products made from animals. The online survey, according to the NCC, polled more than 1,100 consumers including self-identified regular meat eaters, flexitarians, vegetarians and vegans.

MU researchers advance technology in pig breeding – New technology continues to make its way into the swine barn. One University of Missouri researcher is looking to an artificial intelligence system to detect sows in heat; another is focusing on extending the life of boar semen.

Poultry farmers take biosecurity measures as bird flu makes contact in R.I. – Whatever the reason, the bird flu — officially the highly pathogenic avian influenza (HPAI) — has touched down only once in Rhode Island this season, in a great black-backed gull found in mid-July in South Kingstown.

Here are the foods most affected by inflation in Indiana – Grocery bills are getting steeper. Shoppers have to shell out almost a dollar or more than they paid last year for items such as a pack of chicken breasts, a bag of oranges or a two dozen eggs

Equine Infectious Anemia found in 3 SC horses- Three horses have been confirmed positive for infectious anemia (EIA), the first such infection in a South Carolina animal since a donkey in Aiken County acquired the disease in 2014, State Veterinarian Michael Neault said.

Pizza Hut partners with Dairy Farmers of America on innovative farm-level sustainability project through 2024 – Brands are partnering with Dairy Farmers of America (DFA), a farmer-owned cooperative with more than 11,500 farm families, and dairy suppliers to provide participating farmers with the technology and data needed to help reduce greenhouse gas (GHG) emissions.

CDFA AUS is seeking a veterinarian to join our team researching current livestock health trends and developing resources for on-farm application based on antimicrobial use and disease prevention strategies for California producers and livestock veterinarians. This position qualifies for the federal Public Service Loan Forgiveness program. CDFA AUS is supportive of personal and professional time off and provides excellent benefits, including top-notch healthcare, dental, and disability insurance. Join our collaborative team! Learn more here.